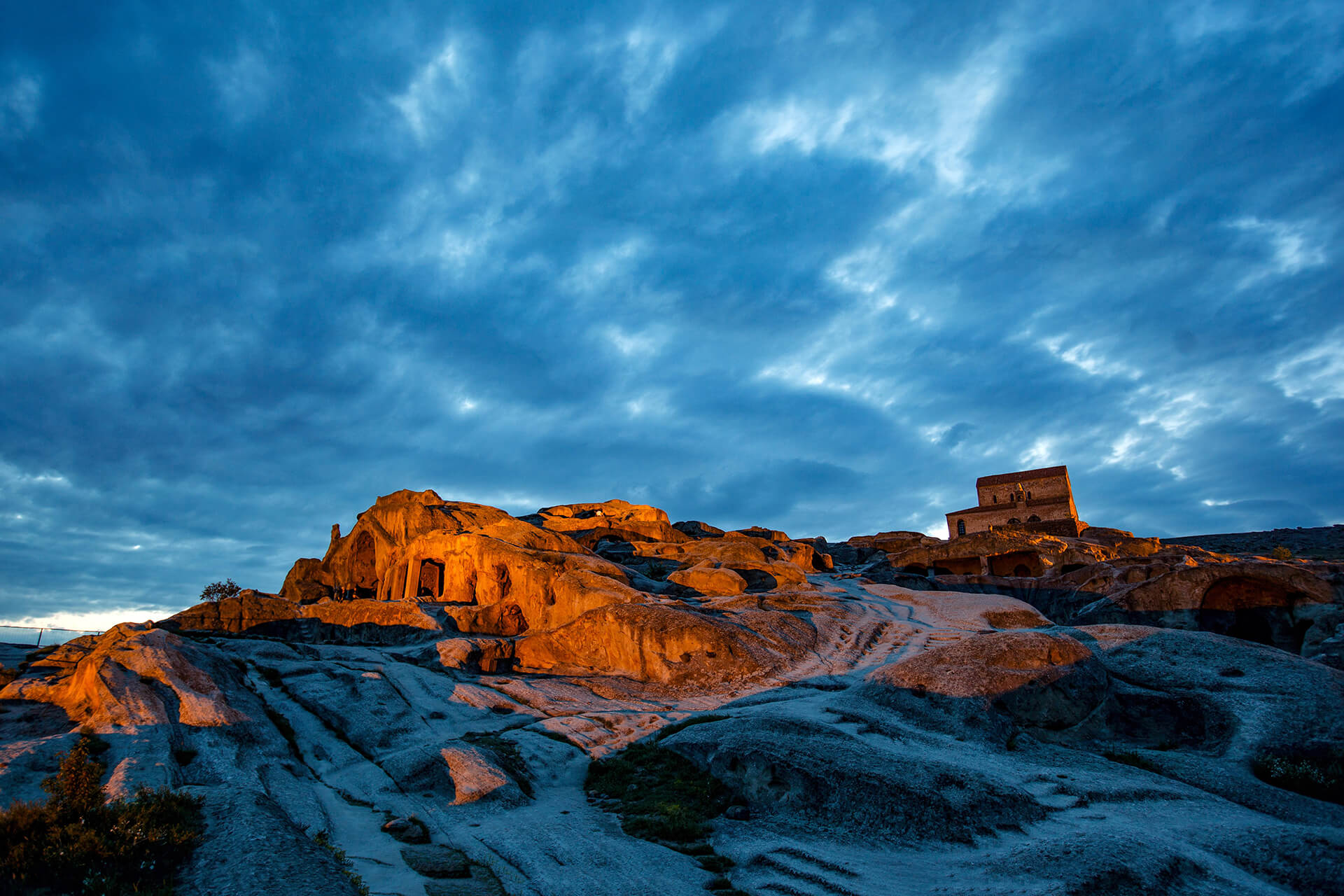 Uplitsikhe cavetown & ancient capital Mtskheta tour is a purely cultural one, ideal for those wanting to immerse themselves into Georgian culture. Mtskheta is often described as Jerusalem of Georgia with its ancient monasteries and cathedrals. During the tour, you will be able to visit the 6th century Jvari monastery with its stunning views, on the confluence of rivers Mtkvari and Aragvi. Svetitskhoveli cathedral is an 11th century religious monument where according to the ancient legend, the robe of Jesus Christ is buried. The architecture of the cathedral and its history is fascinating. After visiting religious monuments of Mtskheta and enjoying the views, the road will continue to the ancient Uplitsikhe cavetown via the city of Gori, which is the birthplace of Joseph Stalin. In case of interest it is possible to visit Joseph Stalin’s Museum and see the house where he was born.

Uplistsikhe cavetown was founded in first millennium B.C. and is a cultural monument, the history of which dates long before the birth of Jesus Christ. Organized living went on in the cavetown, which had its water supply & drainage systems, theatres, halls, living cells, sacrifice holes, temples and secret passages to the river. It suffered many invasions and finally ceased to exist as a cavetown after better housing appeared.